Motherhood | How to Survive Traveling with Baby 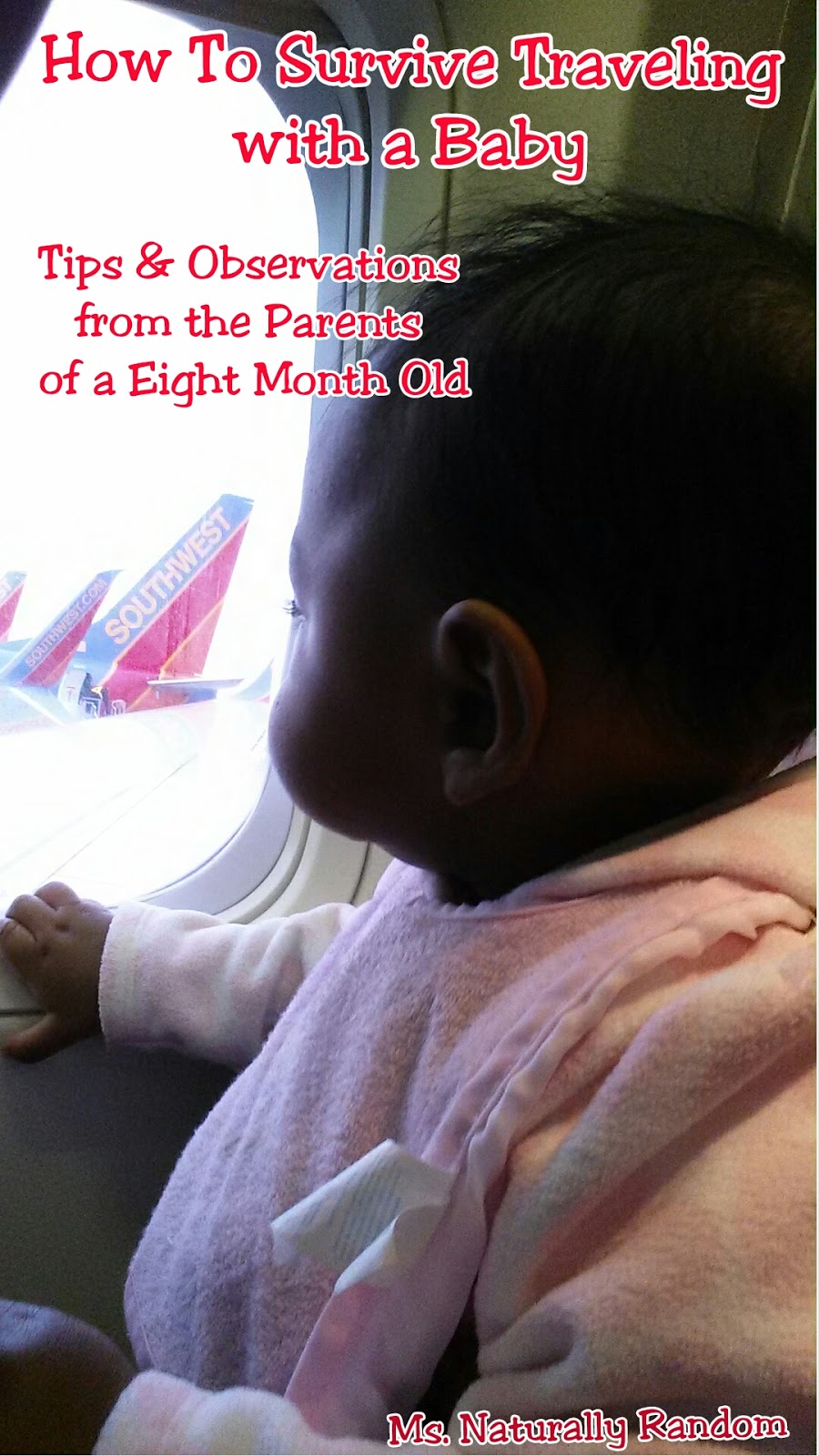 This will be a short list of observations that my husband and I made. We made a trip to visit my parents for over the Christmas holiday week.

I'm not an expert but Pumpkin was great on the flights from North Carolina to Missouri. I will admit, preparing for this trip I was very nervous. The idea of taking your baby into a metal combustible flying cylinder can be a bit unnerving! Other than that, I figured I'd share what I learned from experience.

1. Stock, Check and Recheck the diaper bag.
Seems a little over the top. Well do you want to avoid having a pant-less baby in the winter in the filthy airport because her diaper leaked? Well I guess you better re-check that diaper bag. In preparation for leaving, it was my responsibility to pack our things (The Beard packed his own). Well in the process of restocking her diaper bag, I removed the "emergency outfit" and somehow it never made it back into the bag. Momma got the dunce cap on this occasion. Yes, I was the Mom with the pant-less kid as we sat and waited at the gate. Yep, that was me. So make sure you have toys, blankets and especially OUTFITS. (I know, I know, that's page one in the Mom's manual!)


2. Is One Pacifier ever enough?
Have you ever flown somewhere and realized your ears had a lot of pressure after takeoff? Can you imagine being a baby going through the pressure change during flight? We made sure that Pumpkin had her pacifier in use during takeoff and landing for both flights. Make sure you have the pacifier attached to them as well. I don't even want to think about that pacifier hitting the floor. GROSS!! So pack extras and pacifier clips!

3. Babies are golden tickets at the Gate.
You get to bring your stroller and car seat through security and all the way to the gate. This can be really useful to help tote your extra carry-on items. Also, we flew Southwest and if you're familiar with Southwest, there no assigned seating, just seating group...so you board with a group and randomly pick available seats. There are three groups A, B and C. Guess what group we're in...C!!! Family boarding to the rescue! We boarded right after Group A and skipped ahead, hence babies are golden tickets! We purchased one of those gate check bags so that her car seat wouldn't get super scuffed. It was HUGE and it rolls onto itself into a nice little pouch! 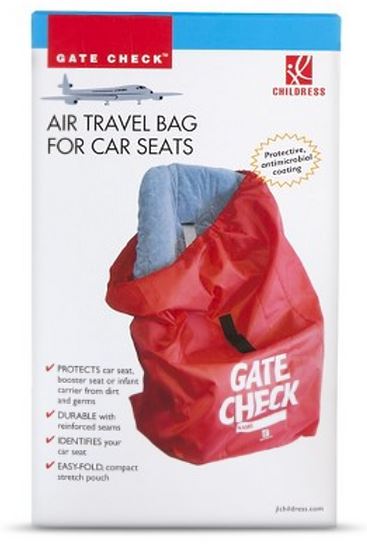 4. TSA is different at each airport...FUN right?! Woosah!
So in North Carolina we flew through security with a breeze...didn't have to remove shoes. TSA didn't open her diaper bag...just screened, no opening. Yay, right?! Then we a completely different experience in Missouri. We made a few mistakes as well though...on the trip back home. So let's talk about the second episode of Dunce Cap Mom. One the trip there, I opted to back empty bottles and travel-sized formula and planned to buy water after passing through TSA. After all of the joyous family amusement for a week, I guess I'd lost my marbles from all the merriment and Imo's pizza (just click it). I convinced Hubby "grab a water bottle from my parent's kitchen so we don't have to buy one." Can you see where my frugal lifestyle was about to get me in trouble. Yes, you can bring formula on board but not a bottle of water nor semi cool freezer packs in one of those cooler bags! We had both! Note: Freezer packs are permitted but must be completely frozen (per TSA agent).

5. Give the Baby some shine time.
Pumpkin is a fairly friendly child, there has been only one instance when she was shy around people and I'm still trying to figure out why. Babies have a way of just putting a smile on people's faces. Now, there are going to be those people that hate the fact that there is a baby on their flight and anticipate kicking and screaming and fouls odors from diapers. We're going to forget about those people for a second. We're going to focus on the people that randomly speak to your child. Although I'm not often a fan of strangers in my personal space, often times in airports its totally unavoidable. So just let them "goo-goo gah-gah" with your kid (no touching) for a few seconds and bring some happiness to a place that can be a total drag. You never know, when you drop their favorite blanket or need help getting your bag from the overheard compartment, they'll be there...coming to your rescue. Children have that affect on people. So play nice and reap the benefits! 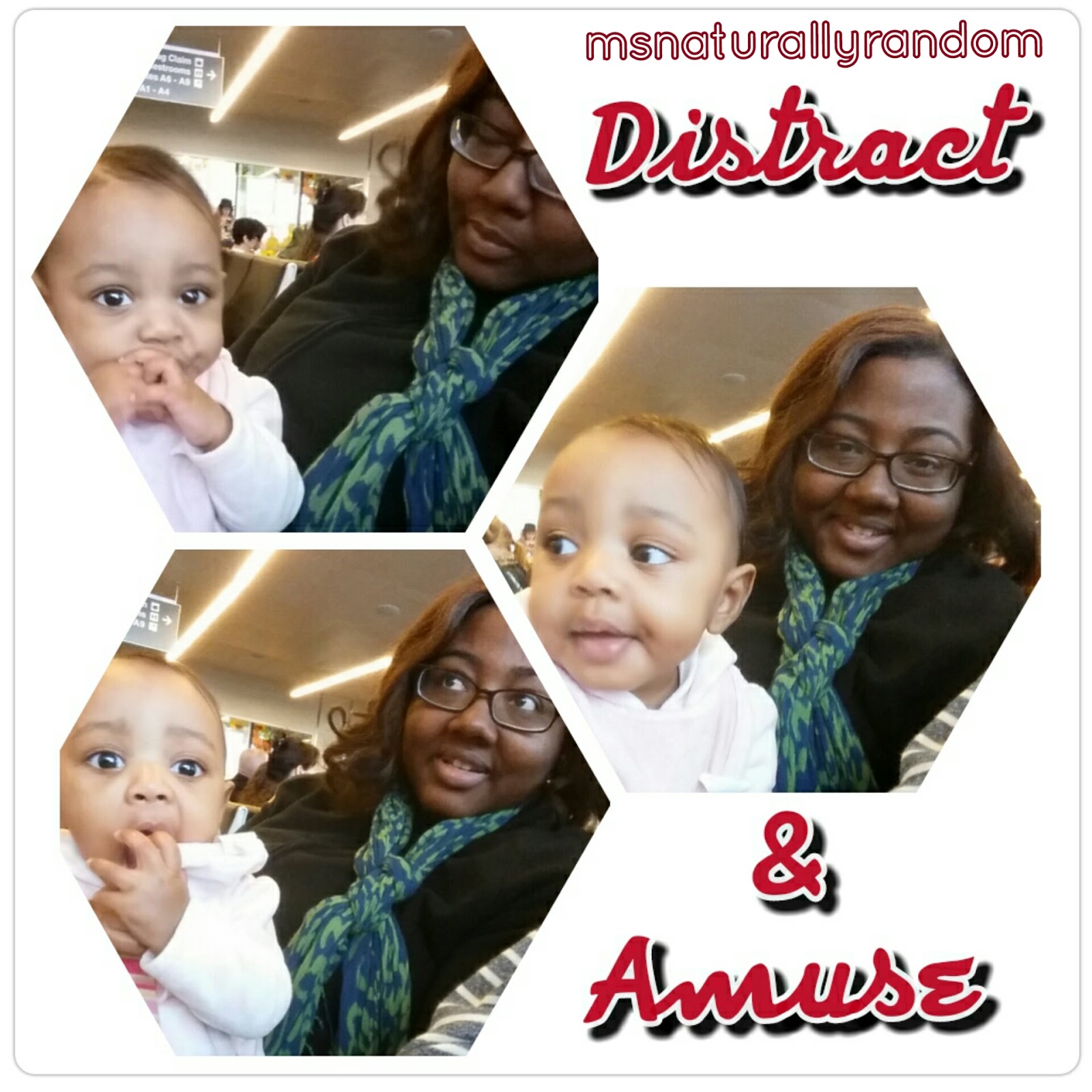 That covers it all I learned from our trip. Any other traveling parents out there? Since I’ve only done the plane thing once, I bet there are a LOT of other tips out there. Leave a comment with your two cents! 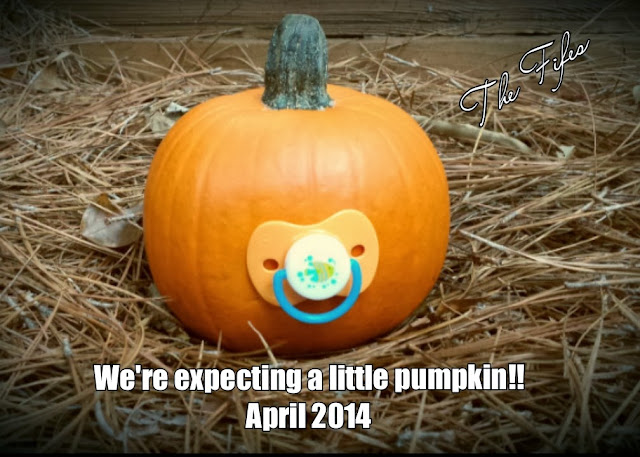