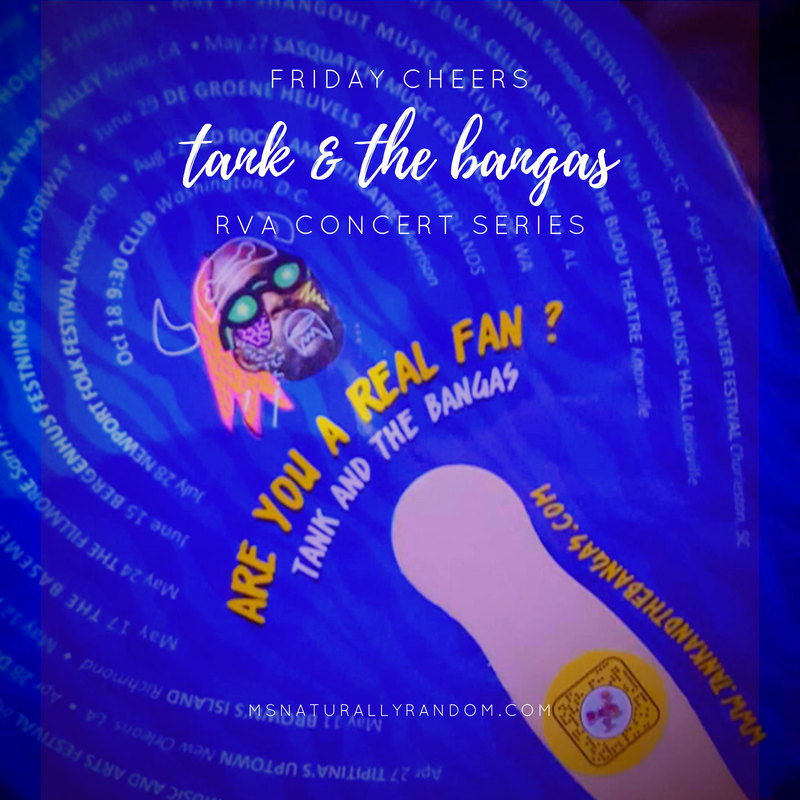 Last night at Brown's Island in Richmond, VA was packed with fans and foodies alike, all ready to fellowship in song with New Orleans based group Tank and the Bangas. Since relocating to Virginia, we were introduced to a weekly concert series called Friday Cheers hosted on Brown’s Island, which is a grassy open area in Downtown Richmond right off James River. In researching the series, I found that it is actually the 34th anniversary of this event. What a great find as a newcomer to the city of Richmond. Although we attended kiddo-free, it is a family-friendly festival-styled meetup of music, food trucks and stalls. The event’s highlight is the showcasing of touring musical acts. 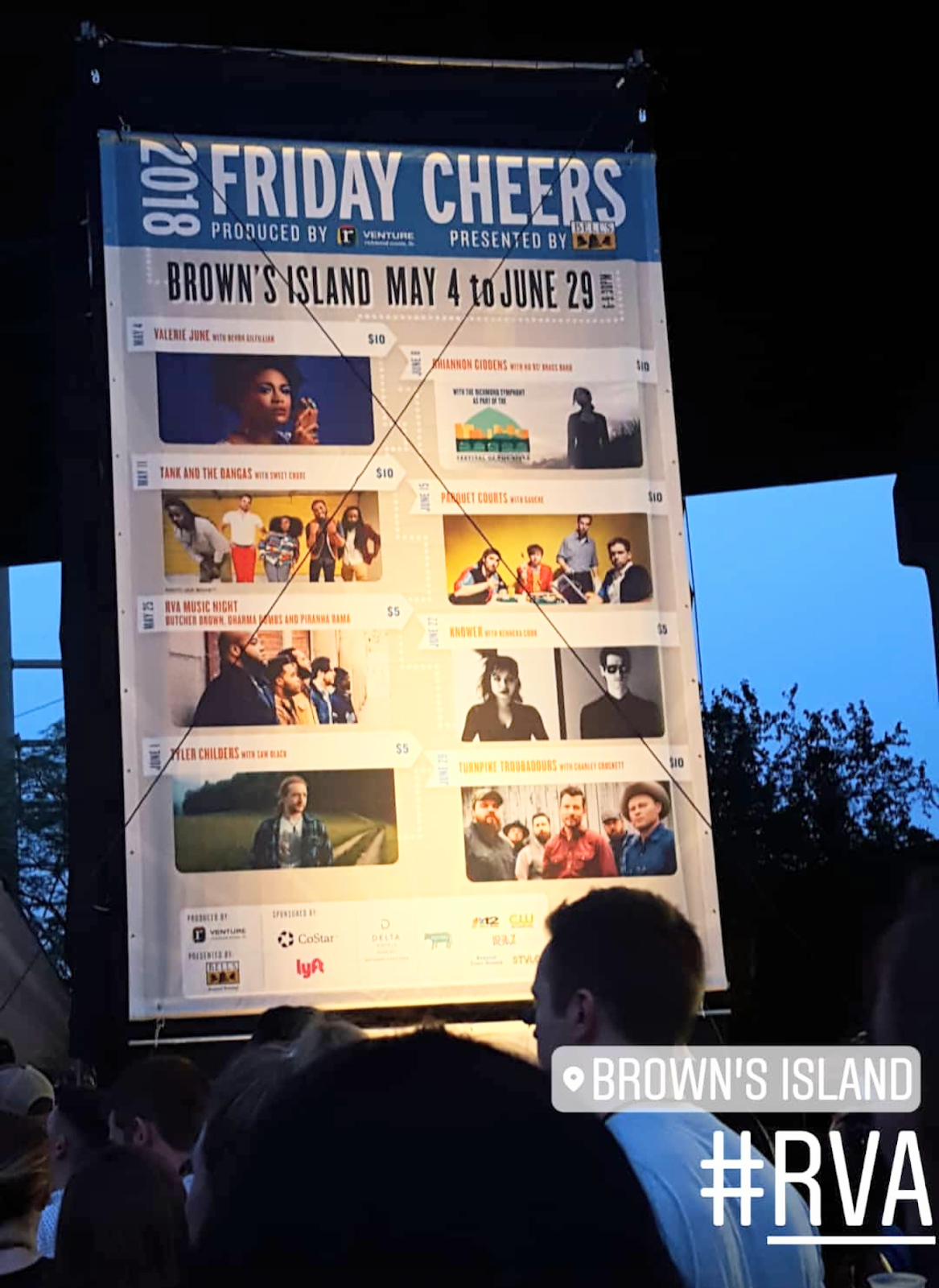 Tank and the Bangas Set - Photo Courtesy of @MsNaturallyRandom

Hopefully, you’ve been introduced to this ensemble fronted by none other than Tarriona "Tank" Ball. Let me tell you, if you’re in RVA and weren’t at Brown’s Island last night, then you definitely missed a phenomenal show. 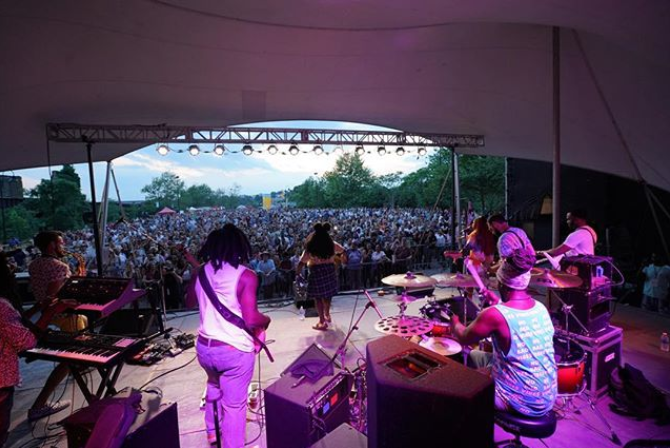 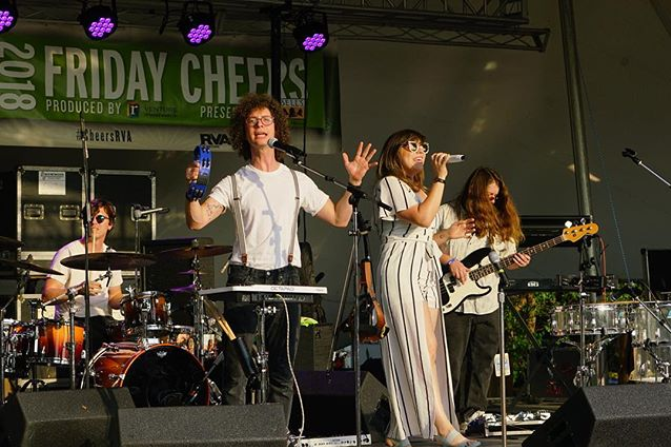 Opening the show at 6pm was the group Sweet Crude. Like Tank and the Bangas, they also hail from Louisiana. Their vocals are sung in French and English. They have a sound I’d describe as Indie Rock and although being from the Gulf area they have a sound that is very unique to them. This is why I love concerts because there is always an opportunity to be introduced to someone new. I'll be honest...we were busy stuffing our faces at the food stalls while they were performing. What I could hear and see from afar sounded dope and I was pleasantly surprised once looking them up online afterward.

I was introduced to Tank and the Banga’s through NPR Music. Their podcast “All Songs Considered” It’s now one of my favorite podcasts to learn about music and hear thought-provoking conversations about a topic I love.

The group won last year's Tiny Desk Contest (video above). I was immediately captured by their stage presence. Even when in such a small space, they commanded your attention from start to finish and I loved every second.

The originality of this group is not immediately comparable to anyone else but in an effort to describe their sound, I’ll give it a shot. Imagine if you heard a sound that successfully fuses quirky funk & soul, backed by live instrumentation and topped with poetic and often so hip-hop styled syncopation in the lyrics. Songs like Quick just immediately grab your ear due to Tank and Jelly’s (Anjelika Joseph) intertwined vocals and perfect call and response styled timing. 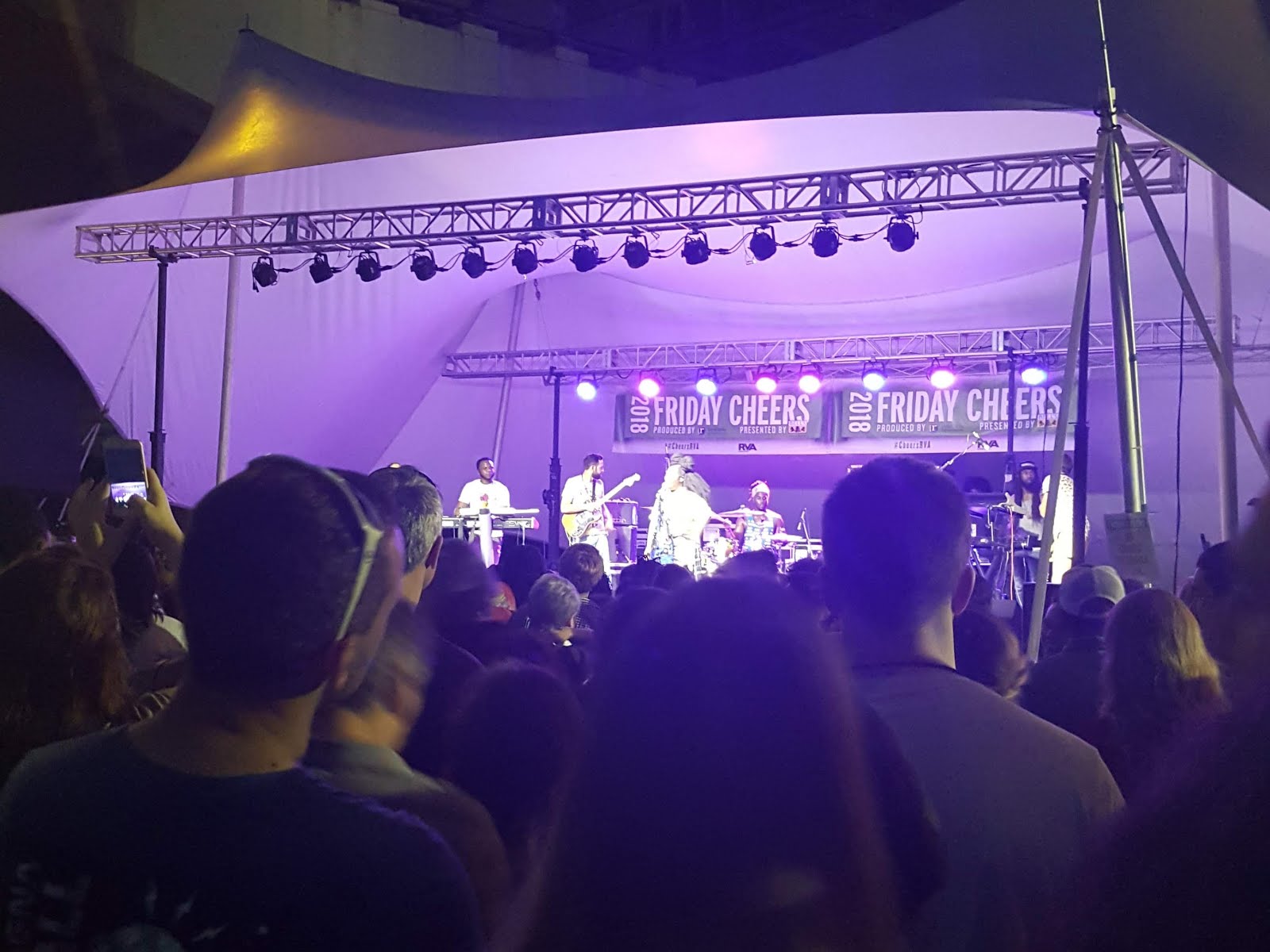 Tank and the Bangas Set - Photo Courtesy of @MsNaturallyRandom
Their concert set list featured a few favorites and surprising covers like, Nirvana’s Teen Spirit that helped coin the phrase “Grunge Rock”. Shoutout to all of my fellow Quirky Black Folks because this band is definitely for us. From beginning to end they performed with such authenticity and energy that you could just feel the collective vibes coarse through the crowd (oh and something that suspiciously smelled like that ol’ sticky icky). 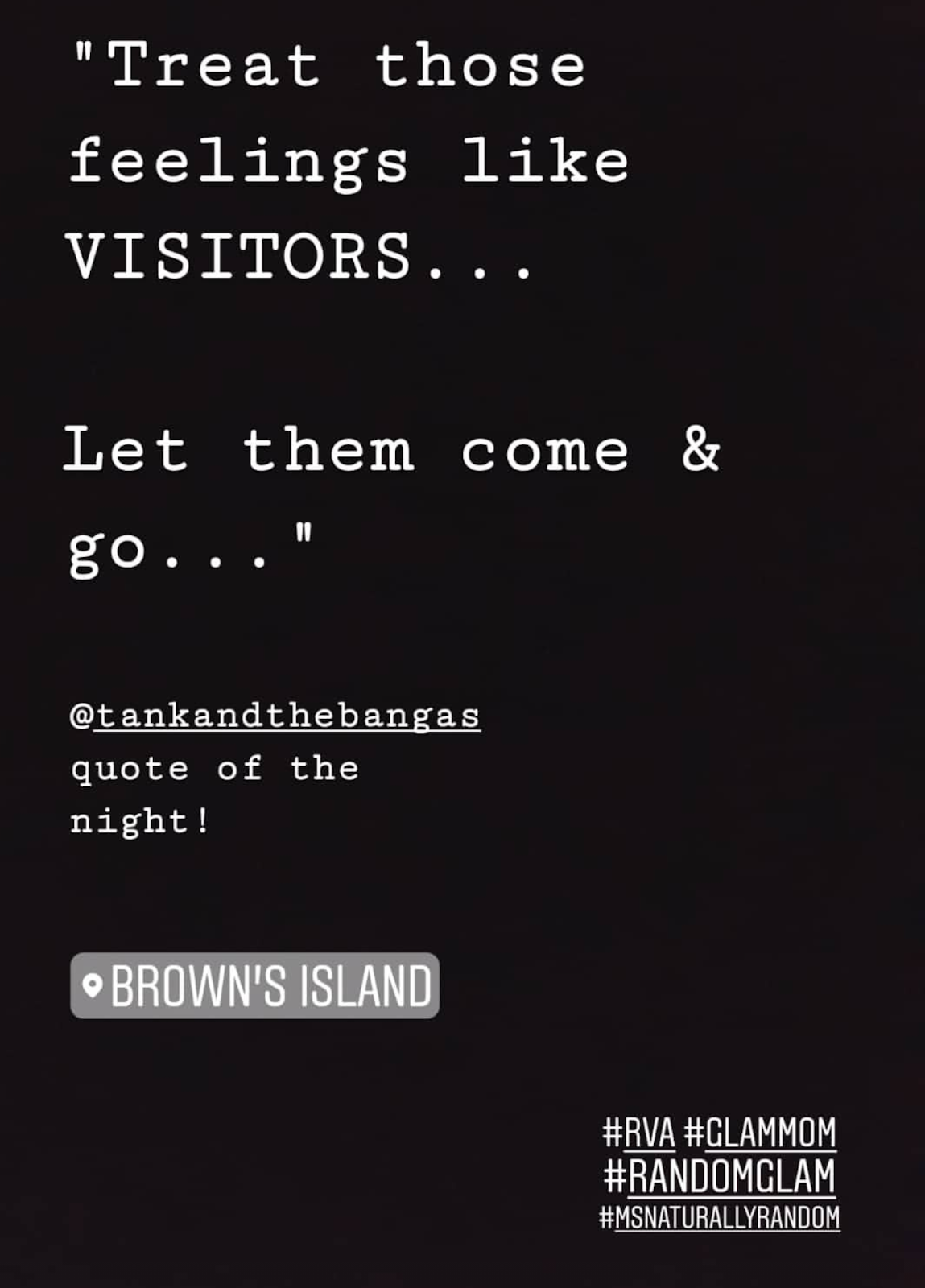 I like to be fully committed during concerts, so there aren’t many pictures but you can definitely find a visual recap of the festivities on my IG Instastories. Look for RVA Events under my Instastory highlights.

You can get more updates of their tour dates on www.tankandthebangas.com/tour, or their spectacular visual and sonic representation on Instagram and Twitter. I can’t wait until I get the chance to see them live again. What a great way to kick off Mother’s Day weekend! #FridayCheers #RandomEats #RVA 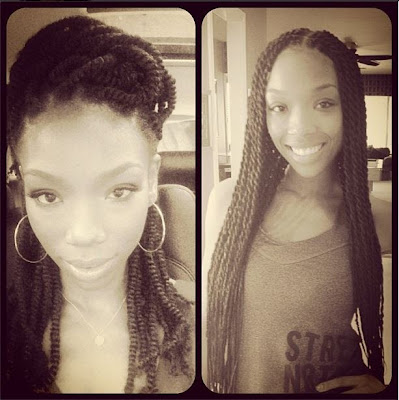